The narrative scheme is this:

The actantial scheme is this:

I have taken up these two concepts, simplifying and universalizing them even more, in my screenwriting course series and in my analyses.

Now, would you please take a few more explanations to better understand what they are about?

From Aristotle to Polti, Propp, Souriau and Greimas

For 2300 years, the old theory of the philosopher Aristotle (the “poetics”) served as the only frame of reference for narrative analysis, which was almost non-existent.

Then suddenly, narrative analysis was profoundly renewed in the 20th century with authors such as George Polti, Vladimir Propp, Etienne Souriau and Algirdas Julien Greimas.

These four founders of modern narratology all agree that there are deep structures of narrative at work in all the stories of the world.

In his book The 36 Dramatic Situations, George Polti takes up an old idea of Gozzi’s, who states that any story can be reduced to one of these 36 situations, such as: Making a fatal mistake, Avenging a crime, Solving a riddle, etc.

In his book The Morphology of the Tale, Vladimir Propp studied hundreds of Russian folk tales, and showed that they always had the same structures:

The linguist and semiotician Algirdas Julien Greimas (1917-1992) took up and developed Propp’s ideas in the 1950s, reducing the number of narrative functions and character roles and universalizing the demonstration. 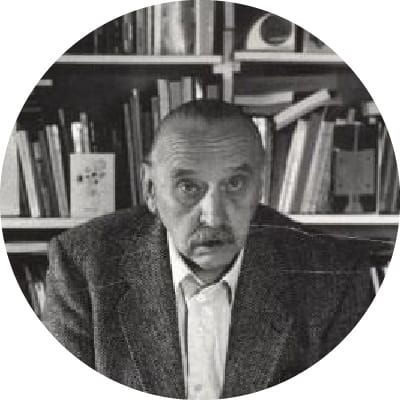 Since then, his analysis tool has become a reference, both in the academic world and among narrative creators.

Narrative analysis? Yes: we analyze stories to better understand them, but also to better create them!

A physics-chemistry of storytelling

Narrative analysis can be compared to physics and chemistry: once we understand how matter is made, we can better manipulate it. In the same way, when we understand that all the stories in the world, in all genres and all media, are made of the same elements, we know how to tell better.

Narrative theory is therefore of interest to students and teachers who study works of literature in particular, as well as to narrative artists of all kinds, in literature (novels, short stories, poetry), in music (song lyrics), in comics (comic book scripts), in cinema and television (film and series scripts, but also documentaries).

Let us now see what these two essential schemes are made of.

Note this: we are talking about plot, not story, because a story can include dozens of plots. For example, I counted 27 plots at work in the film The Godfather.

A plot can be defined as a series of actions performed and experienced by a character in the position of a hero.

The narrative scheme is a universal model of plot structure.

The actantial scheme is a universal model of the functions and relationships of characters in a plot.

Now consider them in detail.

Greimas’ narrative scheme designates a coherent succession of actions, performed or undergone by the same character, and which are logically linked, leading from a beginning to an end.

Here are the 5 stages of the narrative scheme:

The TV monster and the child

Asterix and Obelix against the Romans

The jogger and the kidnapper

Another of Greimas’ creations, the actantial schema (or actantial model) describes the functions that the characters and anything else capable of playing a role assume during the five stages of the narrative schema.

The basic structure is: a subject, the Hero, goes in search of an object, the goal of the plot.

This quest can be motivated by other characters, which Greimas calls :

Example of sender: the king sends his son to kill a dragon, the king is the sender.

Example of recipient: a woman robs a bank to pay for expensive treatment for her seriously ill husband, recipient.

The subject can be helped by characters that Greimas calls “adjuvants”, and is opposed to other characters, the “opponents”.

Example: in Asterix and Obelix, Dogmatix and Getafix are often adjuvants, and Caesar, the centurions, and the Romans in general, are opponents.

Note: any being, even an inanimate or abstract one, participating in the action is considered a character: a magic sword, a car, a storm, fear, love, can thus be adjuvants or opponents by playing a role in the hero’s adventure.

Greimas differentiates between actants, which are functions that beings can take on, and actors, which are these beings. Thus, the same actor can play the roles of different actants.

Example: the same traitor character is first allied with the Hero before siding with his adversary. This actor occupies two functions as an actor.

Or, the same character can be his own opponent, and simultaneously occupy two functions as an actant.

Greimas also establishes three axes of relationship between the beings in a plot:

When we link the two diagrams, we understand each other better:

I hope this article has taught you something.

If you are an author, writer, or narrator, I highly recommend using these two very powerful tools to craft your stories and characters.

No votes so far! Be the first to rate this post.

This site uses Akismet to reduce spam. Learn how your comment data is processed.

Writer since my teenage years, I have published 6 books (novels, poetry), been a literary critic and won two national grants in France (Centre national du livre 2006 and Institut français 2008).

I started teaching narrative writing in 2008 in Marseille in French and in Berlin in English.

Even after 25 years of practice, I am still passionate about narrative.

Do you need storytelling services ?

Manage cookie consent
To provide the best experiences, we use technologies such as cookies to store and/or access device information. Consenting to these technologies will allow us to process data such as browsing behavior or unique IDs on this site. Not consenting or withdrawing consent may adversely affect certain features and functions.
Manage options Manage services Manage vendors Read more about these purposes
See preferences
{title} {title} {title}
Scroll to Top